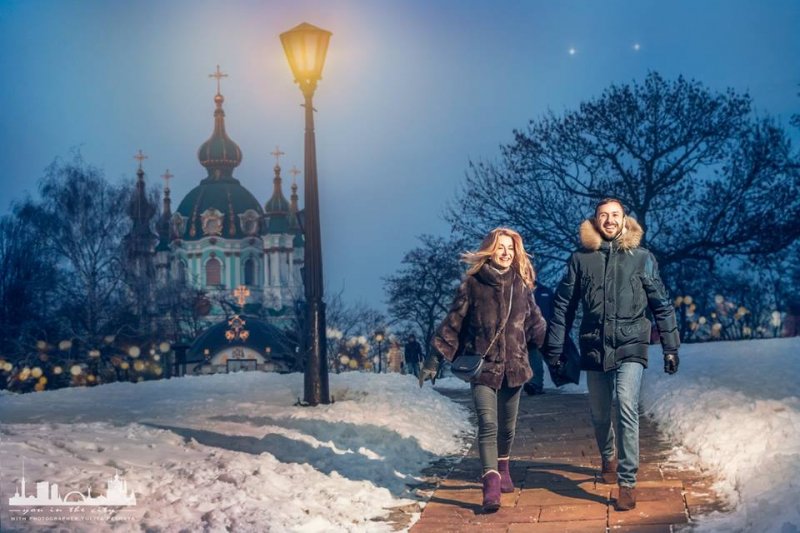 One romantic story on Valentine’s day

We would like to write you one romantic story On Valentine’s day. Reminder of this story in Kyiv is st. Andrew’s church (you can see it in the picture).

It was built thanks to Russian Empire empress Elizabeth in 1744-1754. And this architectural masterpiece is one of just few structures that were built by rulers of Russian Empire during many centuries. Empress Elizabeth was the only ruler with very good attitude to our country. And the reason of this attitude was love. From the one hand it was love for God, empress was religious and travelled as pilgrim to Kyiv to pray at our shrines. From the other hand, she was in love with a man with Ukrainian origins.

His name was Aleksey. He was singing in choir in Petersburg. They say he was very handsome. We don’t know how Elizabeth and Aleksey met each other for the first time . But we know feedback of the next empress Katrine the Great about Aleksey. She told she had never seen man more handsome than Aleksey. And she was real man expert. Because on the grave of Catherine's secret husband, Potemkin, in the 1930s, the Soviet authorities put the names of all her «favorites» on the walls — 750 names. Even if it was the exaggeration and you remove half of the list, it remains still a lot. And she wrote about Aleksey when he was already much older

We can just imagine the first meeting of young Elizabeth and Aleksey. They started secret relationship. In fact everybody new about this love and excepted it. Nobody was waiting for any political intrigues. Empress was Anna Ioanovna. But in 10 years revolution was arranged. Aleksey Razumovsky was one of the organizers. Elizabeth became an empress and she secretly got married with the richest man of the Russian Empire - Aleksey Razumovsky.

Listen to Kyiv history, see its beauty and take a professional photo shoot on our tour.